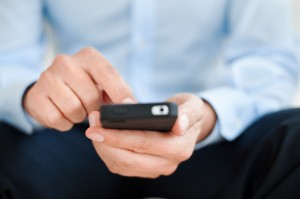 A new study has revealed that 45.2% of junior doctors feel that using a hospital specific mobile phone app could have a moderately positive impact on patient care.

The research, which featured 39 participants across various specialties of medicine, used a iPhone app that included general disease management information, antibiotic use protocols for the hospital, a RSS feed for the post graduate programme, a favourites page and a contacts page that had a hospital extension directory.

The results found that 67.7% of the young doctors saved time during the working day by using the app, with 74.2% saying they reviewed protocols more frequently. 45.2% of the group also believe that the app had a positive influence over patient care.

The study also included a series of interviews about when and where the junior doctors used the hospital centric app. Interestingly, they felt uncomfortable using the app in front of senior doctors and patients, feeling that it would come across as an unprofessional phone call or text instead of a research and information tool.

However, emergency departments tended to use the app more frequently for quickfire research, as smartphone use is generally more accepted since there isn’t always time to gain access to a computer. Despite the app being favoured in time pressured environments such as A&E and on call, it was still used on the ward rounds, but more likely when the doctor was seated at a desk.

The doctors in the study felt that greater exposure about app systems such as the one they sampled would make the use of smartphones whilst working more widespread and acceptable. The juniors also suggested greater integration between the app and the hospital’s computer system, so that patient data could also be viewed through the app.

Do you feel iPhone apps like this would be acceptable in NHS hospitals?