76% of trusts have failed nursing targets 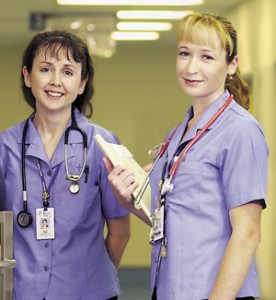 More than three quarters of acute NHS trusts have missed their own targets for the number of hours worked by registered nurses at their hospitals.

Previous research has suggested the importance of having registered nurses on hand, with studies showing that harm to patients could begin to occur at a ratio of one nurse to eight patients. Staffing data is now published online as part of the response to the Francis inquiry, which shows the planned figures compared with the number of hours actually filled.

In a bid to boost nursing staffing levels, there has been a drive to recruit extra nurses, with a net increase of 6,100 full time equivalent nurses in the NHS acute sector. However, many of the trusts that recorded the lowest fill rates of registered nursing hours worked explained they had invested in additional nurse staffing over the past year, urging that the data should not be used as a sole measure of hospital safety.

Elaine Inglesby-Burke, executive nurse director and deputy chief executive at the Salford Royal Foundation Trust, told HSJ “I think some trusts have a long way to go in determining what safe staffing is in their organisation and the standards people are being compared against are not comparable until everyone is using an evidence based tool.”