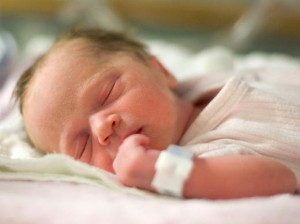 Urgent recalls of the product are under way

Stocks of liquid food that are suspected to be the cause of death for a newborn baby and food poisoning in 14 others has been urgently recalled from 22 hospitals across the country.

Paul Cosford, the head of Public Health England (PHE) has said that the liquid food product is being instantly recalled since causing the septicaemia that killed a baby at a neonatal intensive care unit at London’s Guy’s and St Thomas’ hospital over the weekend. It was believed to be contaminated with a bacterium known as Bacillus cereus, with every hospital over the country aware of the infected batch.

An additional 14 premature babies in six separate hospitals across London and the South East have all suffered food poisoning after receiving drips containing a batch of liquid feed from a specialist company based in North West London – ITH Pharma Limited. The babies are responding to antibiotics but their conditions are still described as poorly.

The drips for parenteral nutrition is supposed to deliver a variety of nutrients intravenously when a baby is unable to eat on its own. The nutritional feed is sent out to different units that are looking after small, often vulnerable, babies and is made up on a daily basis for each newborn.

Mr Cosford told The Guardian “We know there are 22 hospitals across the country which received this product. We also know that this product is no longer being used. It is a very short-life product and the regulator has put out an urgent recall to make sure that there isn’t any that is being used. The manufacturer with the regulator have looked back at the process and have identified a possible point in the manufacturing process where contamination may have entered towards the end of last week. This is an extremely unusual instance. A detailed investigation is being carried out by the Medicines and Healthcare Regulatory Authority.”

Cases have also been discovered in Chelsea and Westminster, Brighton and Sussex University hospital trust, Addenbrookes, Luton and Dunstable.