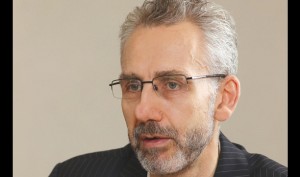 Health Service Journal (HSJ) editor Alastair McLellan believes that the sight of a fully staffed hospital ward could be a “dangerous fallacy” leading to assumptions about good patient care.

In the short term, Mr McLellan agrees that boosting nurse recruitment is a viable option to meet oncoming challenges, especially in the light of the recent Francis inquiry. Commenting in a HSJ blog post, he says “There is plenty of evidence that increasing their number will help meet the challenges ahead. Nursing has proved it is an adaptable profession, which will enthusiastically embrace change when it can be seen to be good for patients. Nurses’ ability to work well in multidisciplinary teams is an example to many professions.”

However, Mr McLellan also questions whether the NHS can afford these increasing staff rates, “if it means not being able to afford the development of those alternatives to acute hospital care.”

HSJ research has revealed that the majority of acute NHS trusts are still failing their own staffing targets, suggesting that further recruitment and investment will be called upon. Mr McLellan however discusses the impact of taking nurses out of the community and having them singularly working in hospitals. “The number of nurses working in the community, or indeed in any role outside the ward environment, is stagnating. Allied health professionals, whose contribution many recognise as crucial to a more responsive NHS, also struggle to grow their ranks. There is little sign here of the NHS shifting its centre of gravity away from the hospital,” he explains.

Mr McLellan goes on to claim that the hospital ward nurse is now developing a “protected status”  saying that this group have become “a talisman for ministers, regulators trust boards and – by osmosis – the media and the public.” He soberly sums up that “without better attempts to balance investment in other staff groups, the thickening ranks of hospital nurses may eventually prove little more than a psychological sticking plaster.”

Do you agree with Alastair McLellan?

[testimonial name=”Recruitment Influencer – Alastair McLellan” who=”Editor of the Health Service Journal” imagelinks=”https://totalassist.co.uk/wp-content/uploads/2014/07/Alastair-McLellan-1-e1406654733837.jpg” vertical=”no”]”Editor of the HSJ and group editor of HSJ’s sister titles Local Government Chronicle and Nursing Times, McLellan is the only journalist to be named writer of the year twice in the PPA Awards. He was also the development director for NHS choices.”[/testimonial]