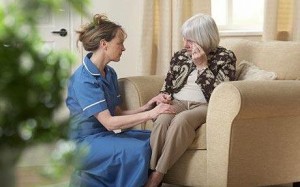 Findings from the Health Service Journal reveal that more than a third of clinical commissioning groups (CCG’s) have no plans to retender their community services.

Experts warn that the groups could face legal challenges from would be providers as it was expected that community service contracts would be up for tender between now and April 2016. Of 195 CCG’s who responded to the HSJ survey, 72 commissioners hold community service contracts worth at least £2. 3 billion annually that they do not plan to retender. Seven CCG’s have already retendered contracts worth approximately £156 million in total, while an additional 39 had plans to retender £998 million worth of contracts by 2017. A quarter of the group are currently reviewing their procurement plans.

Community services were initially transferred out of primary care trusts in 2011 under the Transforming Community Services programme. The majority went to NHS organisations on three to five year contracts. However, there was a widespread public and independent sector provider expectation that these contracts would now be up for tender.

Should services be tendered?

Andrew Taylor, former Cooperation and Competition Panel chief executive explained that it could be legitimate for CCG’s not to tender if a review process revealed that this was the best course for patients, however it was “highly likely” that some commissioners choosing not to retender would face legal action from providers.

One reason cited for not retendering is when community service contracts are integrated with those for acute services. This is deemed an adequate reason since a single care approach over a long time period is in the best interests of the patient.

A spokeswoman for Warrington CCG, which has decided not to retender, said it “regularly reviews the marketplace”  finding that “the current services meet the current needs of patients.”

Matthew Winn, vice chair of the Aspirant Community Foundation Trust Network said “It would be helpful if CCG’s could offer greater certainty based on outcome based commissioning. It is not helpful to us if CCG’s are vague and uncertain in their time scales and approach.”