Should surgery waiting times be reviewed? 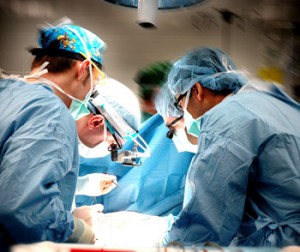 Royal College of Surgeon president Clare Marx has argued that the ‘one size fits all’ waiting target for routine operations in England needs to be drastically reviewed, claiming it is important some patients skip delays to have surgery sooner for urgent conditions.

Backed by The Patients Association, Ms Marx states it is unfair to apply waiting times rigidly, although health officials refuse to edit the 18 week target time, arguing that very few patients encounter long waits. The target time refers to the period between a patient being referred by their GP and beginning their treatment.

Scotland have a similar 18 week target, whilst Wales has an even longer aim of 26 weeks, however Ms Marx states that urgent operations – such as those needing a gall bladder operation – should not have to wait no where near as long for surgery, with delays potentially costing the NHS.

Ms Marx told BBC News “I would like to think it would be sustainable – people don’t like to wait. But we need to think is 18 weeks too long for some, and possibly could other people wait longer than 18 weeks? We actually think that having a target has been useful. However, just simply using it as a blunt instrument is not the way forward. The service as a whole could deliver care in a much better way throughout the whole week. That would enable us to actually ensure that we have more capacity for waiting time.”

Another aspect of the debate is about becoming more aware of surgery costing, especially amid recent financial pressures. “One of the really good things is we’ve worked in a system that didn’t ask us to think about money and that was probably a mistake. I don’t think we have been good enough – we need to be educated in what things cost,” she continues.

Chief executive of The Patients Association Katherine Murphy said “Whilst we do believe a gold standard waiting time needs to be established, it is unfair and unjust for it to be applied to all patients. Clinicians must have the authority to treat patients quicker if their condition requires it.”

Professor John Appleby, chief economist at The King’s Fund, said “The 18-week target has played a key role in reducing waiting times for hospital treatment to the historically low levels now experienced by patients. But it should not be a one-size fits all target. It is designed to enable urgent cases to be treated quickly, while allowing doctors flexibility to make appropriate clinical decisions.”