Would you trust an untested treatment? 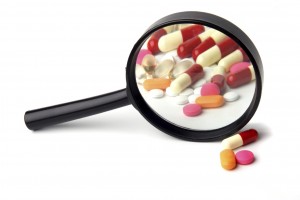 Critically ill patients who have no more treatment options available to them could receive untested medical treatments under a new law.

The medical innovation bill will allow doctors to trial more experimental and new treatments on seriously ill patients, where every other form of treatment has failed. The bill will give doctors additional legal protection due to the untested nature of the treatments suggested.

Under the bill, doctors will be able to offer patients untested drugs and other interventions provided they have the support of other doctors, who may be at the same hospital, and approval from the senior official who oversees medical practice at their institution and reports to the General Medical Council.

The bill, campaigned by Lord Saatchi, was originally only targeted at cancer patients, but has now been revised to include a broader spectrum of illnesses. It has caused controversy within the medical industry though, with some fully supporting the movement, and others saying it opens vulnerable patients up to maverick style healthcare, with GP Margaret McCartney saying “The problem is that it’s very hard to distinguish who is a maverick and who is a bona fide science-based doctor.”

Professor Michael Rawlins, president of the Royal Society of Medicine, told The Guardian “It’s become increasingly apparent that the current situation is not good enough and you are increasingly liable to negligence.”

A Department of Health spokesperson said “Innovation is at the heart of modernising the NHS and is essential for improving treatments and finding new cures. We are carefully considering all the responses we received to our consultation on the Medical Innovation Bill and we aim to respond as soon as possible.”