Can a blood test detect cancer? 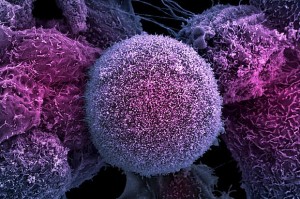 Invasive procedures could be avoided

British researchers have developed a simple blood test that has the potential to detect all forms of cancer.

Scientists from the University of Bradford have used the new technique on three different types of cancer, producing very promising results. Despite the test being in early development and still requiring work, it is hoped to be used to prevent expensive and invasive  investigations such as colonoscopies and biopsies.

Blood tests have been used before to diagnose cancer, however this specific test aims to spot all different kinds of cancer, creating a universal test. The technique involves subjecting white blood cells to ultraviolet light which damages the cells’ DNA. Tests on the blood of melanoma, colon and lung cancer patients have shown the DNA is more easily damaged compared with healthy volunteers, with patients showing pre-cancerous conditions demonstrating an intermediate level of damage. The researchers believe the results would not be affected by illnesses such as colds or flu that may affect the immune system.

Prof Diana Anderson, from the University of Bradford’s School of Life Sciences, who led the research, told BBC News “We found that people with cancer have DNA which is more easily damaged by ultraviolet light than other people, so the test shows the sensitivity to damage of all the DNA – the genome – in a cell. These are early results completed on three different types of cancer and we accept that more research needs to be done; but these results so far are remarkable.”

Dr Anthea Martin, Cancer Research UK’s science information manager, said “Diagnosing cancer earlier is key to improving the chances of survival, but any new technique must be thoroughly trialled to make sure it is reliable and accurate. Although this small study is interesting, there are still a lot of unanswered questions about this test and much bigger studies are needed to prove whether it could be useful for diagnosing cancer on a wider scale.”