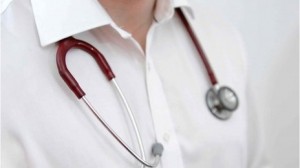 A report commissioned by the General Medical Council believes the influence of social media and negative press coverage is encouraging more patients to issue complaints against their doctors.

The research team from Plymouth University found that despite no evidence of falling standards within the profession, the number of complaints jumped from 5,168 in 2007 to 10,347 in 2012, identifying a number of trends that could make the public more prone to speak out.

Experts believe that patients are now better informed about their health, have higher expectations of doctors and tend to treat them with less deference than they used to. The results also suggested social media had a role to play in the rise in complaints because it encouraged people to discuss their experiences of the medical profession in public forums and allowed information to be more easily accessed and shared, with negative press coverage also  “chipping away” at the medical profession’s reputation.

Dr Julian Archer, lead author of the report from Plymouth University Peninsula Schools of Medicine and Dentistry, told BBC News “They show that the forces behind a rise in complaints against doctors are hugely complex and reflect a combination of increased public awareness, media influence, the role of social media technology and wider changes in society. The report also indicated that there is much to do to improve the wider complaint handling system, so that complaints made by the general public about their doctors are directed to the appropriate authorities.”

Niall Dickson, chief executive of the GMC, said “We have no evidence that the rise in complaints against doctors reflects falling standards. The challenge for the GMC and other organisations is to make sure that anyone who has a concern or complaint can find their way to the right organisation to deal with it. For the vast majority of patients and relatives, that will mean local resolution. The large number of complaints we receive that are not for us suggests that the current system is not working as well as it should.”