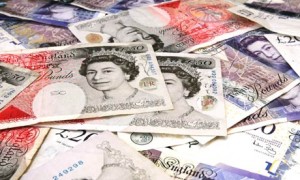 Department of Health reported the greatest rise in health spending of the current Parliament this year, showing a 2.6% rise in real terms.

Experts believe this was achieved by burning the entire NHS underspend in a single year, although it took eight years to accrue the money. This suggests that the NHS now have no headroom to juggle the financial challenges that are predicted for the rest of this year and 2015.

Richard Murray, the King’s Fund policy director, said the growth looked “like it’s been done by the disappearance of the underspend” that the NHS had built up since 2006/07, telling the HSJ “On the good side, well done for not ratcheting up an underspend, by my God, that kind of growth rate has got to stop, because if you’ve spent all your income, you’re back at just the 0.1% growth that the NHS was supposed to get out of the coalition government.”

He further comments that the drastic increase in spending can most likely be attributed to the drive to recruit additional staff after the Francis inquiry, in a bid to meet performance targets that have been missed so far this year. He said “What we’re now picking up in these numbers is that the consequence of that recruitment round and the struggle to hit performance targets is that they spend every penny that they had. That’s the first time we’ve done this since about 2006. It means that there’s no headroom left…That headroom the system has carried for coming up to a decade, they spent it last year.”