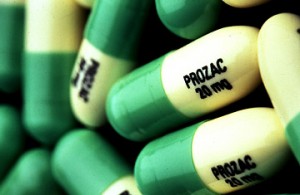 Health warnings about antidepressant use has backfired

Reported links and US health warnings speaking out about the risks of suicide for youngsters on antidepressants may have backfired.

A new study, published in the British Medical Journal, has showed a sudden fall in antidepressant prescriptions but a rise in suicide attempts, demonstrating that teens were coming off their medication after warnings were made public.

The initial warnings were issued in response to concerns about an increased suicide risk from some antidepressants. It led to the US Food and Drug Administration changing the medicine warnings and widespread media reports. This unintended effect of people coming off their prescriptions has been labelled as “disturbing” by the Harvard Medical School.

The report concluded by saying “It is disturbing that after the health advisories, warnings and media reports about the relation between antidepressant use and suicidality in young people, we found substantial reductions in antidepressant treatment and simultaneous, small but meaningful increases in suicide attempts.”

Prof Stephen Soumerai, one of researchers involved, told BBC News “This is an extraordinarily difficult public health problem, and if we don’t get it right, it can backfire in serious ways. These drugs can save lives. The media concentrated more on the relatively small risk than on the significant upside.”