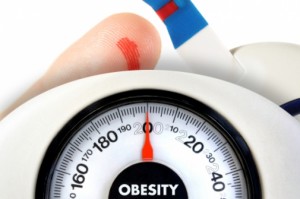 New figures show that NHS Scotland has spent a staggering £230 million over the past three years on drugs to treat both diabetes and obesity.

£6.1 million was used for obesity prescriptions, whilst the diabetes drug bill was £75.7 million in 2013/14, £73.2 million last year and numbers were still high back in 2011/12 with costs reaching £74.2 million. With almost 5% of the population having diabetes, these numbers are not set to decrease any time soon, especially with the majority of sufferers – approximately 220,000 – having type-2 diabetes, which is linked to obesity.

A total 3.34 million items were dispensed to treat diabetes in Scotland in 2013/14, with 52,000 items prescribed to treat obesity over the same time period.

Conservative health spokesman, Jackson Carlaw, who obtained the figures, told BBC News “Of course, not every case of diabetes is related to weight, there are a range of reasons. But the fact prescriptions for both diabetes and obesity are rising at an alarming rate year-on-year cannot be ignored. While we need the NHS and Scottish government to do all they can to force through messages on healthy living, it isn’t just down to them.”

“There has to be a level of personal responsibility. Obesity generally isn’t something you catch on a bus, and people know that a healthy diet and active lifestyle are what’s required to keep the weight down. If they don’t, diabetes is just one of the serious conditions lurking round the corner,” he continued.

A Scottish government spokesman said “Our diabetes action plan, which will be updated this summer, sets out a clear commitment to the prevention and early detection of diabetes and to improve the treatment and care of people with diabetes. Although the number of people with type-2 diabetes has increased in the last year, the number of prescriptions per person has remained at the same level. We recognise that obesity is a serious issue and are taking a range of measures to make it easier for people to be more active, to eat less, and to eat better.”