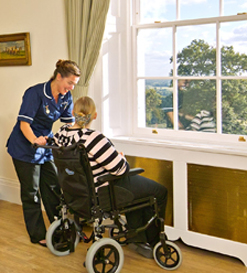 Unless they prove they have less than four weeks to live, patients forced to foot bill of care

Charity Motor Neurone Disease Scotland has unveiled that some Scottish councils are charging terminally ill patients for their personal care when they should be receiving it for free.

Personal care is free to anyone aged over 65 who is assessed as needing it, however some councils, such as East Ayrshire, will only waive care costs if someone is expected to live for less than four weeks. Local government organisation Cosla urges personal care to be given for free for all terminally ill patients, which could include assistance from bathing and showering to catheter/stoma care or help with preparing food.

Approximately 130 people in Scotland are diagnosed with MND each year, however because of its poor prognosis, fewer than 400 people have the illness at any one time and they live for an average of just 14 months.  Often terminally ill patients will quickly lose the ability to walk, speak, feed themselves and breathe unaided.

MND Scotland have said that too many patients are being charged for their personal care, with no clear guidelines being provided for giving the right assistance. The charity revealed that some local authorities would waive charges if a person had a letter or DS1500 form from their doctor, but others may not accept these and choose to keep it a “grey area”, allowing for “discretion”.