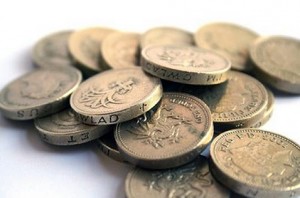 Hospitals in England have reduced the amount they expect to save on wages this year, striving to cut costs in other areas as well as increasing income.

The Health Service Journal analysed data from 139 non-specialist trusts to find that the NHS hospitals aim to cut pay costs by £990 million in 2014/15, which is just 40% of the overall £2.5 billion savings expected to be made. This has raised concerns among financial experts, since pay typically makes up approximately 70% of total hospital costs.

The results also unveiled a shortfall of 30% against staff expenditure, with savings of £724 million against a planned £1.06 billion. Lowering pay saving targets is in part explained by the trusts hiring more nurses as a result of the Francis inquiry.

The Nuffield Trust has emphasised an upcoming financial crisis within the NHS, with senior policy fellow Andy McKeon telling the HSJ “There has been a decline in savings over the last two years. It is getting more difficult and I would be surprised if trusts managed to increase the level of savings this year.”

Trusts have committed to saving £810.2 million in non-pay costs this year, compared to last year’s target of £779 million – of which they achieved £741.4 million.  However finance consultant Noel Plumridge has warned that focusing on non-pay savings for a second year on the trot could be difficult to maintain. “Non-pay CIP’s are often non-recurrent – the freeze on maintenance or training budgets for instance – leaving a residual problem the following year. Genuine large scale transformation in non-pay spending, involving closing and selling property while using other property more intensively, is difficult and often involves multiple agencies. In the run up to an election, its too difficult by half.”

Some trusts are tackling this problem by attempting to generate more income, with six trusts predicting to make more than half of their savings through new earnings. James Wilson, managing director of finance consultancy Assista said “Many trusts are looking at expanding into new areas and repatriating work to bring in new income. But to the NHS as a whole, this is not new income and if one trust wins work, then another trust’s problem gets deeper.”