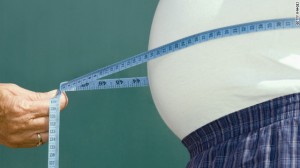 10% of the NHS budget spent on fighting diabetes

Public Health England is encouraging people to assess their risk of developing type-2 diabetes by measuring their waistlines with a tape measure.

The health body advised that there was a “very high risk” of diabetes if waistlines were over 40in / 102cm in men, or above 35in / 88cm in women, with charity Diabetes UK claiming the country could be facing a “devastating” type-2 diabetes epidemic.

Type-2 diabetes is an inability to control blood sugar levels that has dire consequences for health, including increased risk of heart attacks and strokes, blindness, damaged blood vessels and nerves and it has even resulted in 100 foot amputations each week in the UK. If someone has type-2 diabetes at the age of 50, they can expect to die six years earlier than someone without the disease.

Obesity is the biggest risk factor that drives type-2 diabetes, with men who have a 40in waist five times more likely to develop the condition, whilst women with a waistline of 35in have three times the greater risk. The report also commented that men with a waistline between 37-40in and women at 31-35in are also in the danger zone of getting diabetes. Dr Alison Tedstone, the chief nutritionist at Public Health England, told BBC News that losing weight was “the biggest thing you can do” to combat the disease.

Dr Tedstone also discusses the correct way to measure yourself, saying “People get it wrong, particularly men. They measure their waist under their bellies, saying they haven’t got fatter because their trouser size is the same, forgetting they’re wearing their trousers lower and lower. So the tip is to measure across the belly button.”

Baroness Barbara Young, the chief executive of Diabetes UK, said “With many millions of people in the UK now at high risk of type 2 diabetes, this is an epidemic that looks likely to get even worse, and if this happens then the impact on the nation’s health would be devastating and the increase in costs to the NHS would be unsustainable. It needs to urgently consider making healthy food more accessible through taxation, other financial measures and more robust regulation of the food industry.”