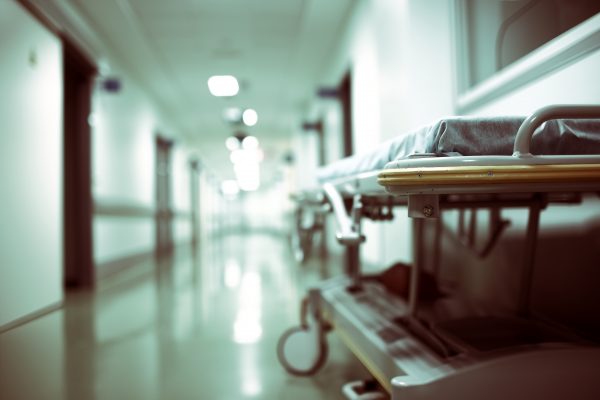 Barbara Peters is a Mortuary and Bereavement Services Manager for several hospitals and trusts in the North West. In her current role and as an awarding-winning Mortuary Technician, Barbara has experience in dealing with all facets of the profession. From the myths and misconceptions to dealing with the grieving process, Barbara gives us an insight into what goes into working in that most enigmatic of places:

A mortuary is a place of mystery, sadness, grief or repulsion and we all hope, while we are alive, we will never need to visit. For families who have lost a loved one to a death whether it’s sudden or unexpected, this becomes a reality.

Working in a mortuary is an extremely worthwhile profession which is so misunderstood by society. Even now with changes in attitudes towards death and dying, most people do not realise what is involved for caring for someone’s loved one after death and to maintain their respect and dignity for that person, as well as any last wishes from the family.

Me and my team at the Mortuary and Bereavement Services Department like to bring the warmth into what people think is a cold place. We have seen people at their most vulnerable, in the grips of the rawest stages of grief and it’s our job to provide compassionate, useful support right at the beginning of the journey through bereavement.

When someone dies in the hospital, we are there to support families through the emotional turbulence they endure following their loved one’s death. Its Bereavement Officers are also there to help with the immense amount of paperwork involved, helping families through the process of registering a death.

You can get some people who are hysterical almost to the point that they’re numb. Some people collapse”. Others are quite relieved if their loved one was ill for a long time and they’re now at peace. There’s also guilt, especially with elderly family, if they haven’t seen them for a while”.

I’ve also seen people in total denial. They believe that it is not their loved one. They say, ‘He’s got a birthmark. I want evidence that it’s really him.’ And you must take all the covers off to show them. I’ve seen quite a variety of emotions.

A lot of people haven’t dealt with death before. You have to explain things in simple terms to get them moving in the right direction. I’ve noticed an increase in young people who are losing their parents at a younger age.

While our team are dealing with people in the most extreme of emotional states, in a job that’s as challenging as it is vital to those needing help, many people don’t even realise its exists, until the worst happens.

People think that the health service just runs on doctors and nurses, but it’s much more than that. We’re at the end of the care pathway, but we’re still part of it. Respect and dignity still carry on after the person has been received into the care of the mortuary.

Misconceptions abound when it comes to the department’s role and purpose. It doesn’t help that families often have vague ideas of what a mortuary might look like, based on TV crime thrillers. The reality however is far from those pop culture depictions.

I like to raise awareness because it’s not like what you see on television. I’m “a death consultant” – people come to me with a film script or a book, to make sure their mortuary and post-mortem scenes aren’t overly dramatised. I also give extra training, awareness, refresher courses and talks to all healthcare professions on any aspect of death all around the country.

In my own time I work with children and young people in the Merseyside area to advise career pathways for students wanting to work in the mortuary environment, as well as speaking to underprivileged children about the effect of grief and bereavement due to a crime incident.

While dramatic portrayals of mortuaries on the big and small screens might be making people anxious about what to expect, my team does everything it can to make it as peaceful a process for the bereaved as possible.

Long gone the days where you look at a loved one through a glass screen – unless it’s a suspicious death – and practices have now changed throughout where the family go into the room once the examination has been completed.

We have two nice viewing rooms. We will set the patient on a raised platform like they’re in a bed. If there are any marks, or if they haven’t got their false teeth in, or if their mouth is open slightly, we let the family know.

Your awareness is heightened by grief, so we make sure that things like that don’t give anyone a shock. You get that initial impression of what’s going to happen – you can see if there are signs that someone might collapse.

We make sure we step in with them for a few moments. If they seem to be doing okay, then you let them pay their respects.”

Everybody has different ways of grieving, everyone is different. All personal wishes from family and friends are met regardless how bizarre they might be. This can be down to taking photographs in the viewing room or even leaving a door or a window open for the ‘spirit’ to leave. This gives a lot of comfort to the families that we can care for their spiritual needs.

You have to be versatile and you have to do your research. It can be emotionally challenging, especially when you’ve got a tragic, unexpected death.

You learn to become selfless in this job. Everyone, from the bereavement officers to the pathologists, thinks of the family and what they need. There’s a lot of job satisfaction from that.