What’s the least stressful way to get to work? 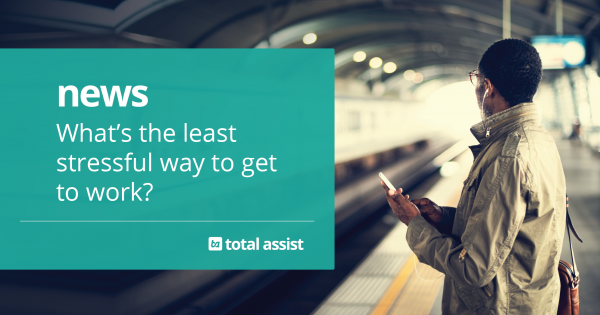 Studies have shown that not only does cycling and walking to work improve your physical health; they are also better for your mental well-being and stress levels.

A report compiled by the University of East Anglia found that those who changed to walking and cycling from driving felt better and that their concentration levels were higher. Those who took public transport also reported feeling better as it gave them the ability to ‘relax, read’ and ‘socialise’ on the bus or train.

One study even concluded that the choice of transport in the morning can even have an effect on your social life. Those who drove to work were found to socialise less, interact less will family members and were less trusting of others than all other types of commuters. The isolation of being in your car, the frustration of traffic, high levels of concentration and lack of physical movement are all contributing factors.

A group of more than 4,000 drivers where monitors over the course of several years to test the health implications of driving to work. The test found that the longer the distance they travelled, the more their cardio-respiratory fitness declined and their blood pressure and BMI (body-mass index) increased.

The research found that cycling to work reduces the risk of early death by 40% as well as reducing the risk of all diseases compared to all other forms of transport. The likelihood of obesity is also reduced by 5% for ever kilometre walked or cycled.

Walking ultimately was found to be the least stressful way to get to work, with public transport in second and cycling third. Walkers found the ‘freedom of action’ was the reason for their lower stress levels. Not relying on time tables or traffic meant walkers were more relaxed and focused than cyclists who still had to cope with the difficulties of city and road biking (as well as the pollution) and public transport commuters who stated that the most stress-free part of their journey was the walk to and from the bus/train station.

However you choose to get in and out of work every day, here are few helpful tips to make the journey a bit easier.