Why the NHS should start using social media 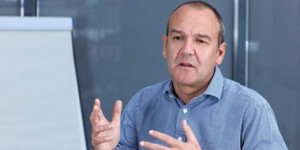 Many NHS workers view social media with skepticism – yes, it is a fantastic way to keep in touch with friends, post pictures of your pets and get on your soapbox, however can it be utilised in a professional work sense? Former NHS Employers chief executive Dean Royles firmly believes so, saying on an NHS blog “Social media is a different way of communicating and engaging. It’s not a new ‘thing’ to do but a new approach to a familiar challenge.”

One of the main concerns of many healthcare workers is that social media is too risky a medium, with fears rife about content being taken out of context, and that photo coming out of the woodwork to haunt you. Royles sweeps these to one side however, saying “In the main, what I see on social media is staff engaging with debates around compassion, the Francis inquiry, regulation, staffing levels, pay and it’s overwhelmingly positive and where there is criticism is it generally constructive and thoughtful.” Comparing social media to red top tabloids and other newspapers, Royles comments that “The newspapers carry many more negative stories but we don’t disengage with the media because of them. We redouble our efforts to overcome.” Reassuringly, professional health bodies such as the RCGP, GMC and NMC have also produced guidance on how to use social media safely. 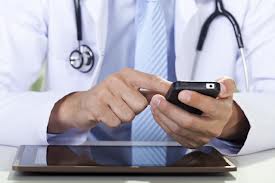 Despite not having access to IT facilities on the ward, Royles points out the increasing use of smartphones to gain access to social media, explaining that it’s not about having time to use it necessarily. “The great advantage is in listening rather than broadcasting,” he divulges. “It’s a really effective way to find out views, opinions and mood. Many people on social media are fantastic resource investigators who edit and analyse topical issues and present it in an easy to read way. I find using Twitter and LinkedIn actually saves me time,”

He strongly advocates the use of social media for promotional purposes, realising that staff already use social media with friends and family. “They are engaging already and we miss an enormous opportunity if we don’t use it with them,” Royles enthuses. “There is a common misunderstanding of social media. Using social media is NOT about doing something additional. It’s about doing what you already do, but better.”